Friendship is the basic Operating System at Zeeks. We were founded by two PNW pals, Tom & Doug, who wanted to live the ultimate Northwest lifestyle. In addition to thinking the world could use some pizza with Northwest values at its core, T&D decided they would need to be their own bosses if they wanted enough freedom to charge Cascade powder, wind-surf Gorge waves and generally maximize all the outdoor adventure The Great Pacific Northwest could offer-up. Thus, the world’s most Northwest pizza joint was born.

Our friendship-based origin story permeates everything we do at Zeeks. It means we keep it fun and friendly. It means we share our stoke when we are riding high. It means we say “my bad” when we don’t do our best. It means that while we are striving to get where we want to go, we take the time to share a pint or two because in our view there is no end to the game of friendship, there is only the journey itself.

Most of our closest business partners are friends too and we definitely like when we get to share a pint with Adam and Grace Robbings, the founders and owners of Reuben’s Brews. Reuben’s probably needs no introduction. The Ballard powerhouse is not only riding gangster over the Seattle beer scene right now, they are one of the most noteworthy breweries on the West Coast and have plenty of national and international accolades as well.

We met Adam and Grace at Winter Brewfest, hosted by the Phinney Neighborhood Association, back in November 2010. That year Brewfest hosted 27 name-brand beer-makers. Adam and Grace were also there and were virtually unknown homebrewers at the time. Zeeks and everyone else at the event were completely blown away by the beer they submitted which ended up winning the People’s Choice Award against the serious competition. We introduced ourselves and let them know we would be interested in buying some beer if they ever decided to go commercial. Zeeks ended up being one of their original accounts – we still remember Adam delivering our first kegs to us out of the back seat of his car. Anyway, it was the start of a now semi-famous relationship (and friendship!) and Zeeks probably sells as much Reuben’s in Seattle as just about anybody other than Reuben’s itself. Oh, and by the way, they brew our righteous and highly decorated house-beer, Hop Tropic, which we may have mentioned once or twice before… 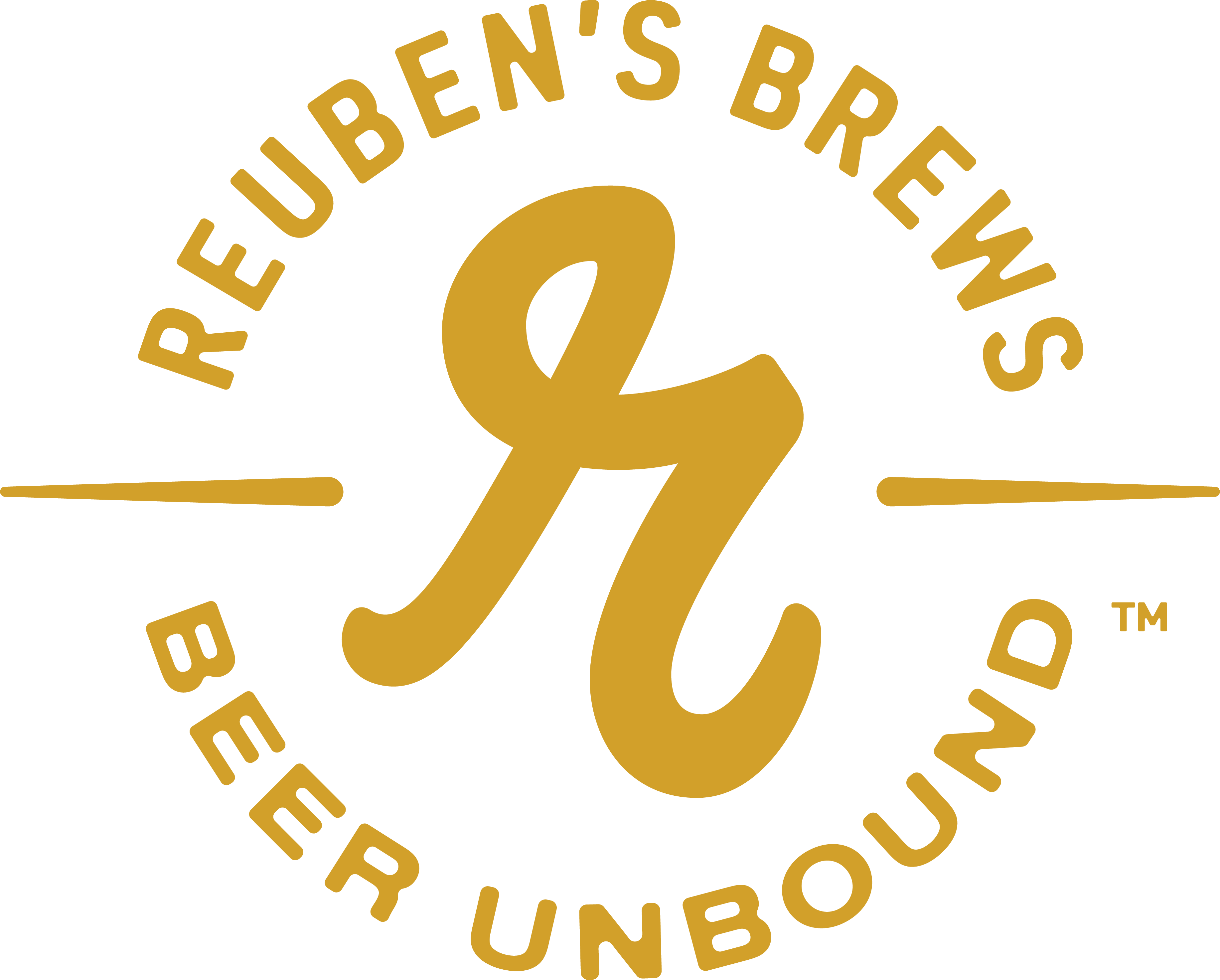 We are big fans of Reuben’s “Beer Unbound” philosophy. We could spend an entire email going deep on Beer Unbound, but, you know, we aren’t really philosophers and would rather just get on with the partying part of beer. Suffice to say here that Beer Unbound means that no matter the style or beer, whatever ends up in your glass is just right. At Zeeks, it means we always order Reuben’s with total confidence, whether it’s something familiar or something totally new. Basically, when we order Reuben’s, we don’t think or worry about it too much. We feel free. Unbound if you will… 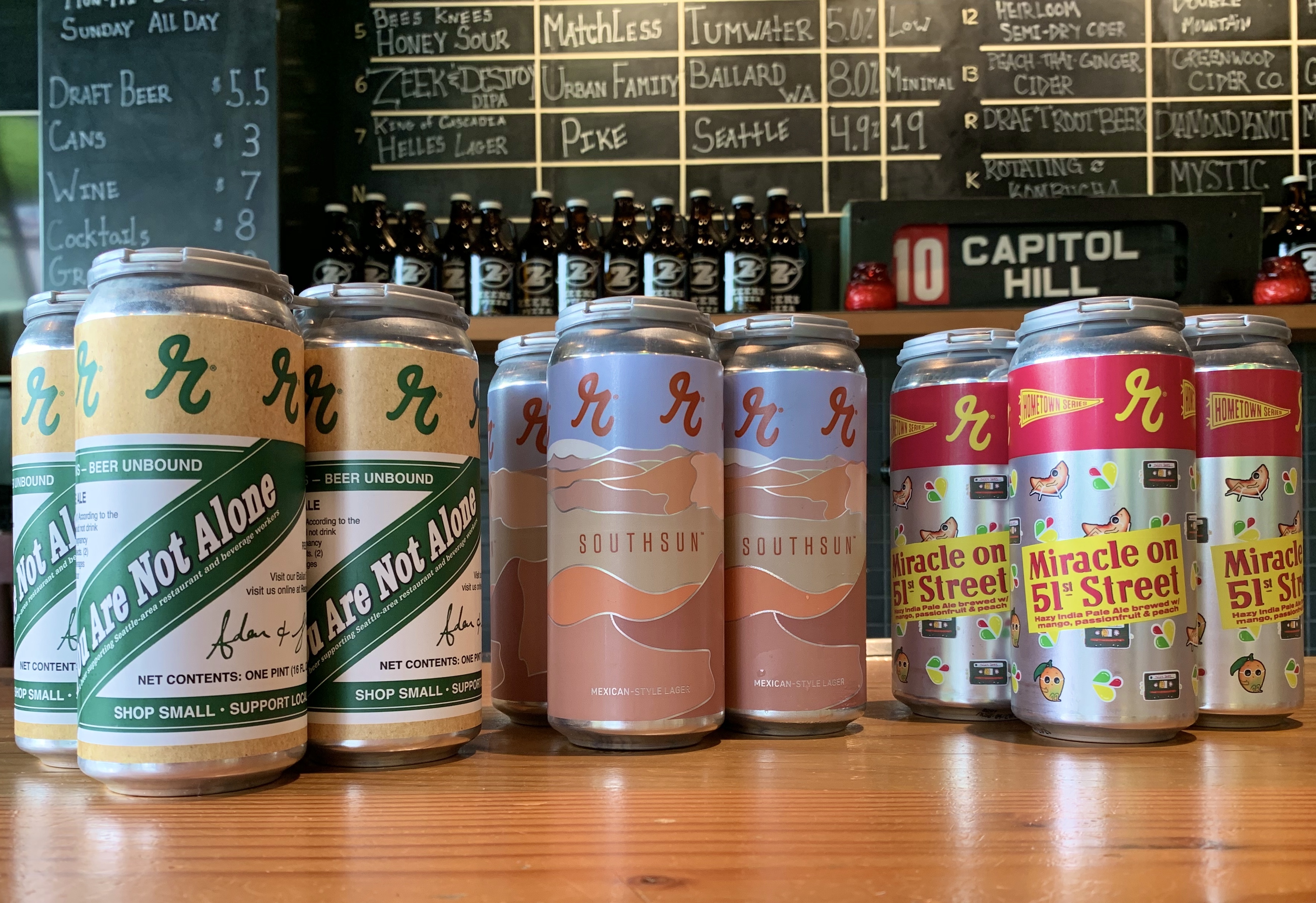 You Are Not Alone – $5 (16oz tallboy)  We love hazy IPAs and it is a popular style. Sales of this beer support Seattle area restaurant and beverage workers through Big Table, a charity supporting hospitality employees. Drink some beer, do some good.

SouthSun – $3 (16oz tallboy)  If you are looking to get your drink on (we approve!), here is your beer. It doesn’t get any more drinkable than this Mexican Lager. Cut-up some limes, get in a sunny mind-set, and don’t worry too much about keeping track of how many of these you are on (be safe as always though).

Miracle on 51st Street  – $4 (16oz tallboy)   This one is a collaboration between Reuben’s and Urban Family, another Northwest friend of ours. These two neighbors with 51st Street in between them in Ballard teamed up on this Hazy IPA with a citrus punch. Tasty and won’t last long.

Hop Tropic – $12 / $8 (64oz / 32oz growlers)  The aforementioned righteous Zeeks house beer. Too many awards to mention. A Northwest Style IPA that is the no-brainer go-to at Zeeks. When in doubt order this.

Speaking of our friends at Urban Family… 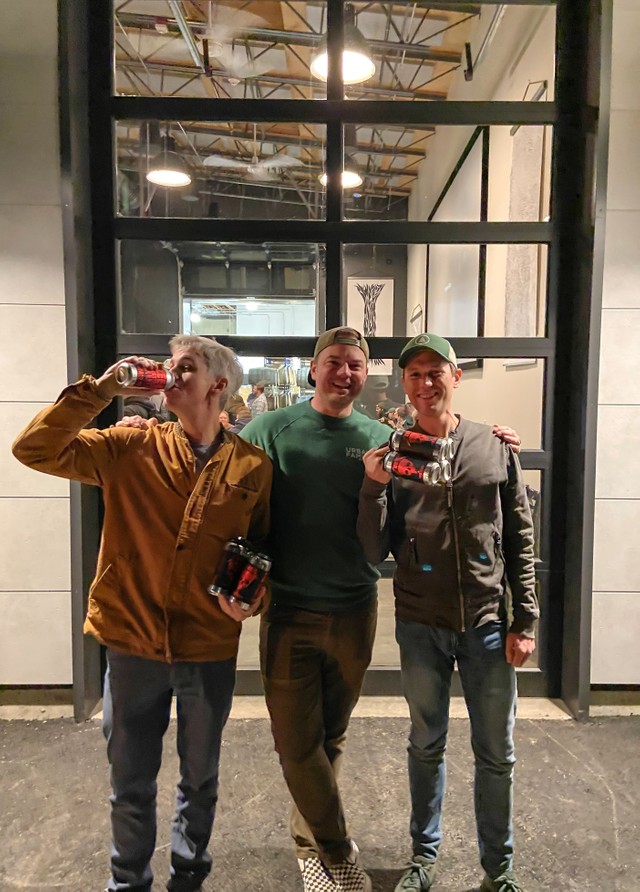 Zeek and Destroy  – (4 pack of 16oz tallboys)  Urban Family brews this one for us and we don’t need to say much about it. The whole city knows Z&D at this point. It is hot. W

e can’t keep it in stock. It is a double IPA, but somehow the bitterness is negligible. It is potent, but somehow totally drinkable. It has some dark power that kind of scares us, but somehow we totally want one right now.

We are thankful to call the Northwest home, it’s in our blood. We appreciate your support, it lets us know we are a valued member of the community during these crazy times. We have definitely felt the love and we love you right back. Stay safe. Stay sane. Stay healthy.